Is the conversation on Palestine changing? Another perspective on the Israeli-Palestinian question – Debate and screening of the film ‘The Present’ by Farah Nabulsi 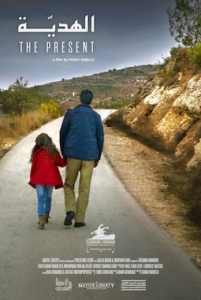 The UGent Human Rights Research Network (HRRN), Broederlijk Delen and Voo?uit cordially invite you to the debate ‘Is the conversation on Palestine changing? Another Perspective on the Israeli-Palestinian question’ and screening of the film ‘The Present’ by Farah Nabulsi.

The recent escalation of violence in Palestine and Israel contained all the elements of previous rounds of violence. It reaffirmed the power imbalance between an occupying power and an occupied population and the international lack of commitment to ensure respect for international law. Yet, there was a fundamental difference with previous conflicts: the presence of Palestinian voices and growing international solidarity with the Palestinian question. This change is a direct result of the efforts of Palestinian activists who insist and increasingly succeed in presenting their reality, even in mainstream media that often glosses over Palestinian voices.

In this event we centralize Palestinian perspectives devoted to the changing the conversation on Palestine. Through narratives and images relayed via social media and artistic expressions, Palestinians challenge the dominant perspective on the Israeli-Palestinian question as a conflict between two parties that both violate international law, eclipsing Israel’s occupation and Apartheid.

Human rights defender Mahmoud Abu Rahma discusses Israel’s separation, closure regime and political violence policies in the Gaza Strip and how it fits in the wider policy vis-à-vis the Palestinian people. Ines Abdel Razek from the Palestinian Institute for Public Diplomacy highlights the international dimension and the need to bring the human side of Palestine and its people to the world. The debate will be moderated by Brigitte Herremans (Human Rights Centre Ghent University) and Katelijne Suetens (Broederlijk Delen).

After the Q&A with Mahmoud and Ines, we will screen the short film ‘The Present’ by Farah Nabulsi. The movie that was awarded a Bafta and was nominated for an Oscar depicts the reality of ordinary life in the West Bank, fragmented by Israel’s matrix of control.