Russia’s war on independent media: How to survive the “long winter”. 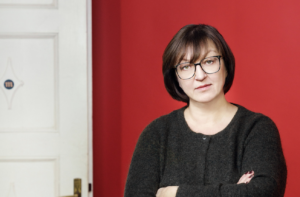 On the 26th of October 2021, Galina Timchenko, CEO of the Meduza independent news agency, will be delivering a lecture on the state of affairs in the media background in Russia, explaining how the restrictions on independent journalists imposed by the Russian government can affect the development of journalism in the country.

She will portray the evolution of the political landscape in Russia and introduce some novel concepts as the ‘new iron curtain’, ‘sleeping laws’ and ‘foreign agents’ which appear quintessential for a media business in Russia. A particular emphasis will be put on the idea of the new reality constructed by the official government-run media implying the creation of the ‘enemy face’ of the Western world.

She will also dwell on possible outcomes of such restrictions for the media and IT businesses under siege, and will suggest three ways of survival for the media labeled as ‘foreign agents’. Apart from that, the consequences that the repression of the media may produce on the society and journalism in the country, as well as possible scenarios of resistance to it will be touched upon. The question whether independent media have a future in Russia remains the most controversial issue.